It is better to give than to receive

By Edward Copeland
Edward Copeland on Film is the proud recipient of the Premio Dardos Award, a meme that has been circulating among the film blogging community for the past couple of months and which was bestowed upon me by Bob Westal at Forward to Yesterday. According to the 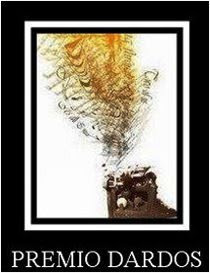 description of the award, "The Dardos Award is given for recognition of cultural, ethical, literary, and personal values transmitted in the form of creative and original writing. These stamps were created with the intention of promoting fraternization between bloggers, a way of showing affection and gratitude for work that adds value to the Web." Of course, as with most prizes and memes of this sort, they are accompanied by rules. First, never let the Dardos eat after midnight. Wait, I'm confusing my rule lists. Here are the real ones:

Now, that's always the hard part, not only because there are so many worthy candidates but because so many of them already have been honored. I tried to do as much research as I could as to whether possible recipients were already winners. One of my possible winners thought that the prize was intended for one person shows. Since I could never locate the origin of the award, nothing in the description I was given indication such a rule and since my site actually has several contributors, I decided not to worry about that. If I pass the honor along to anyone who has been honored before, I apologize in advance.

So, I pass along the Dardos Awards to these 5 blogs, in no particular order: