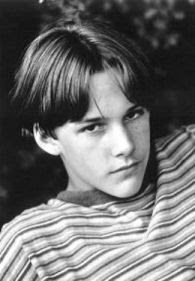 Another case of sad news to report from a member of young Hollywood. Brad Renfro made quite an impression as the young murder witness in The Client, holding his own against Susan Sarandon and Tommy Lee Jones.

He appeared in some good films after that, most notably Ghost World, flawed but interesting ones such as Apt Pupil, and major films such as Sleepers. He also appeared in one of Larry Clark's pseudo-kiddie porns, Bully.

Still, he never quite reached the promise he showed as a young teen, eventually getting more attention for his run-ins with the law and drug problems, problems that are apparently the cause of his untimely death at 25.

Comments:
What a shock! This is so tragic. I really thought he could have had a distinguished career if he could overcome his demons. I’m as heartbroken about him as I was for River Pheonix. What a terrible loss for cinema.