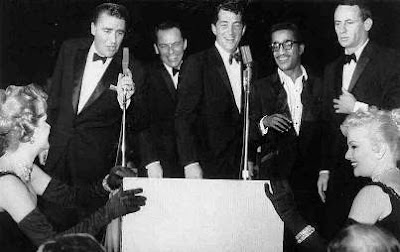 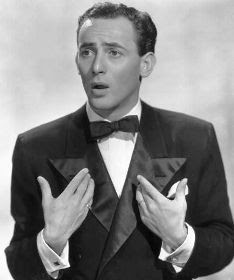 The Rat Pack can reunite at last, assuming they all are in the same place in the afterlife, with the passing of the last member, Joey Bishop. I learned of his passing soon after I learned of Deborah Kerr's, but I didn't have time to write something then. Besides, Ms. Kerr deserved a little time in the spotlight for herself. (Another notable passing announced yesterday: singer Teresa Brewer, who had a string of hits in the 1950s, most notably "Music Music Music.") While I was too young to experience his talk show days (with then-young sidekick Regis Philbin), my first exposure to Bishop didn't come in one of his collaborations with Frank, Dino, Sammy and the gang, but in his actual film debut, 1958's WWII flick The Deep Six starring Alan Ladd and William Bendix. I remember watching it on TV which my dad when I was really young. Bishop provided some comic relief as one of the sailors on the ship who, by film's end, pretends to be dead, just to avoid an overzealous romantic interest he hooked up with on shore leave. Of course, it's the Rat Pack for which he'll always be remembered, for his work in films such as the original Ocean's Eleven and Sergeants 3. He also worked in many other various films, including the film adaptation of Norman Mailer's The Naked and the Dead and in more recent outings such as Betsy's Wedding and Mad Dog Time.