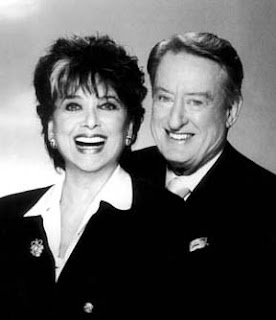 Tom Poston, who became a seemingly permanent fixture on the pop culture horizon dating back to The Steve Allen Show through Newhart and Grace Under Fire and even as a regular on the short-lived sitcom Committed a couple seasons back, has passed away at 85.

He was married to Bob Newhart's first TV wife Suzanne Pleshette in real life. He also served as a pilot in the Army Air Force during World War II.

His presence on television never seemed to lag and his resume practically contains appearances on every major sitcom since the 1960s.

His film career was more sparse, but included The Princess Diaries 2, Up the Academy, Rabbit Test, Cold Turkey and even the film adaptation of The Happy Hooker.

Of all his roles, I imagine its his work as dimwitted handyman George on Newhart for which he will be best remembered and which earned him three Emmy nominations. His sole win dates back to 1959 as part of The Steve Allen Show.

Comments:
I didn't know he was married to Suzanne Pleshette!

He sure fared better on TV than in the movies. Cold Turkey was a good movie, but the other ones you list--eeeek! Rabbit Test!

Still, I enjoyed seeing him on Newhart and whenever he appeared as a guest on a bazillion other sitcoms. RIP, Mr. Poston.