A story of industry 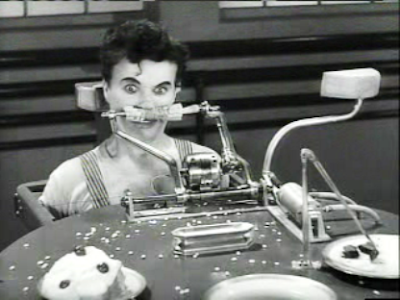 By Edward Copeland
It's a misnomer really to called 1936's Modern Times the last silent film that Charlie Chaplin made since the movie itself is really a hybrid. It has a score, sound effects galore, a song and even dialogue. What can't be mistaken though is that whatever you classify Modern Times as, it's one of the greats. 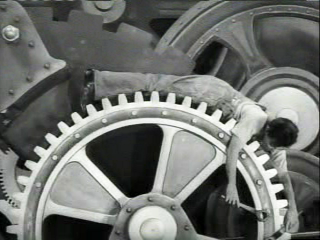 Set during the Great Depression, Modern Times offers one of the clearest glimpses at Chaplin's more political side, equating those slaving away on factory assembly lines as sheep. Of course, the Little Tramp (in his last screen appearance) is one of those sheep, pushed so hard at his job that his body literally has work spasms when he's on break, looking to continue tightening anything with his wrenches that would appear to need tightening (even a woman's nipples in one implied sequence). The factory is run by a man who would seem to foretell Orwell's Big Brother, even though the movie came out 12 years before 1984 was published. The unfeeling man even uses Chaplin as a guinea pig for an idea designed to eliminate the lunch break so more work can be done (and giving us a twist on the old pie-in-the-face gag as well). 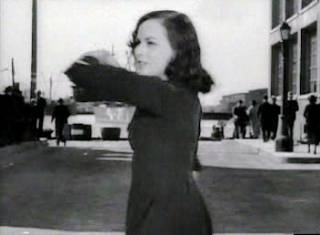 While there are lots of laughs to be found in Modern Times, it's hard to escape the grim underpinnings as the Little Tramp ricochets through the system of the Great Depression, finding himself in jail, becoming an unwitting protest leader and facing unemployment when the factory shuts down. He also encounters another down on her luck, the luminous Paulette Goddard on the run from a planned life in the orphanage after her father dies. The two become a pair, with the Little Tramp even taking the blame for a crime Goddard commits so he can return to the "comfort" of jail. One of the film's comic highlights comes as Chaplin and Goddard are hired on by a restaurant as singing and dancing waitpersons. It provides the great sequence of Chaplin trying to deliver a tray of food to a customer through a sea of dancers.

Of course the crown jewel of this sequence is when the Little Tramp can't remember the words to the song he's supposed to sing and improvises one in pure gibberish, with exaggerated motions that let the audience create their own dirty jokes out of his nonsensical words. Many Chaplin fans prefer City Lights and while I love that film as well (and that's really a true silent offer), my heart always has belonged to Modern Times, with its hysterical sound effects (as when a minister's wife drinks tea) as well as its more pointed commentary. It also gives us the perfect, iconic image for a sendoff of the Little Tramp, one of the most important characters and figures in film history. 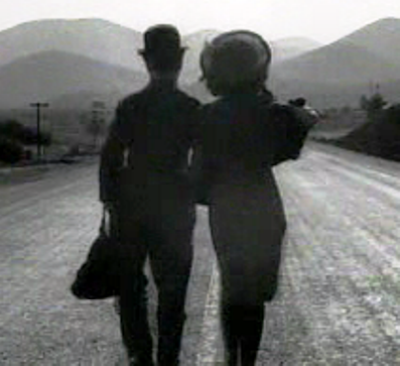