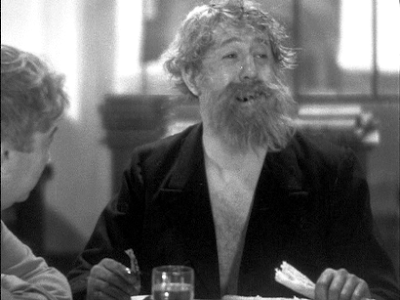 By Edward Copeland
Seventy-five years ago today, Jean Renoir's comedy Boudu Saved From Drowning opened in France, even though it didn't land on American shores until 40 years ago, in early 1967. While it doesn't come close to Renoir's greatest works, it remains an entertaining diversion, thanks mainly to the inspired and, at times, downright odd performance by Michel Simon in the title role. 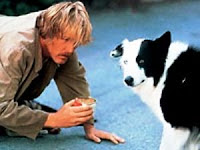 The story may seem familiar to many Americans, since Paul Mazursky remade it in 1986 as Down and Out in Beverly Hills with Nick Nolte playing the Simon role. Some things were better in the remake, but the original Renoir remains the film that holds up best on later viewings, with one notable exception: Mike the dog as Matisse was one of the most talented canines to cross the silver screen and was robbed of an Oscar nomination. What really separates Renoir's original from Mazursky's remake is that Renoir doesn't attempt for his well-off characters to learn anything from Boudu. 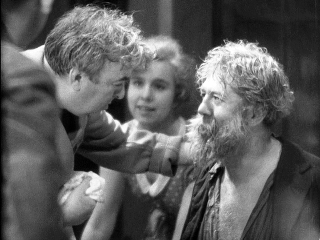 As in many of Renoir's film, Boudu concerns itself with class as an upper middle-class bookseller named Lestingois (Charles Granval) commits the title act, bringing the suicidal bum into his home in attempt to help him (and reap some glory in the process). Whereas Down and Out in Beverly Hills sets its rescuers at an even higher social level, it uses the Nolte character for them to give in to their desires and learn things. In contrast, Simon's Boudu is all id. He doesn't want to teach, he barely wants to leech, but he does enjoy filling his needs of food and attempting some carnal exploring among the women of the house. Of course, it helps that Boudu isn't grateful for having his life saved, asking why they did it: He viewed suicide as a way to save his life. Simon's performance is a wonder of someone out of control, flinging nightshirts away as too small, spitting out wine, preferring lard to butter, alienating the woman of the house by using her silk sheets to shine his shoes. When Lestingois' wife Emma (Marcelle Hainia) complains about the sheets, her husband is too preoccupied because he's discovered that Boudu has spit on a book by Balzac. "One should only come to the aid of equals," the bookseller sighs. 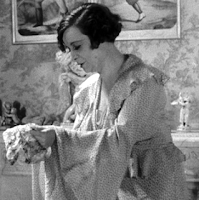 Of course, Boudu also interferes in the late-night liaisons Lestingois conducts with his maid (Severine Lerczinska), before Boudu cleans himself up enough to woo the woman for himself. Renoir definitely set up themes he would explore better in later films, but he keeps the pace moving languidly, which would seem at odds with what is basically a farce, but he never loses control. He even shows some interesting directorial touches, such as a spinning shot around a boat late in the film, when Boudu is embarking on marriage. Still, it's Michel Simon's performance that makes Boudu Saved From Drowning stand the test of time. His energy is amazing, what he does with his eyes is nearly as acrobatically impressive as when he's rolling around a table or engaging in an impromptu headstand. 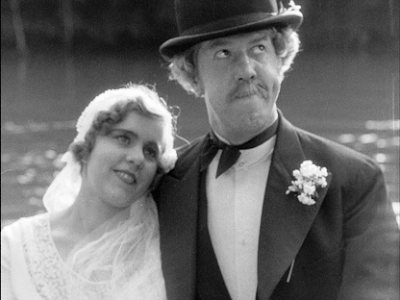