From the Vault: Nicholas Pileggi 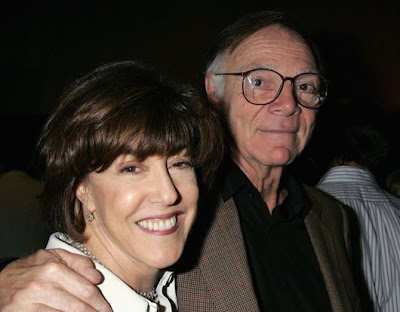 ORIGINALLY PUBLISHED NOV. 19, 1995
Nicholas Pileggi has pulled off a rare feat: His nonfiction book Casino has been published almost simultaneously with the release of its film version. The experience for the former Associated Press police reporter was a unique one that reunited him with his collaborator on the script for Goodfellas, filmmaker extraordinare Martin Scorsese.

Goodfellas was based on Pileggi's nonfiction work Wiseguy, which examined a small group of New York mobsters. That 1990 film didn't come out until well after Wiseguy. The two versions of Casino didn't come about that way. Whereas Goodfellas' low-level gangsters got involved in a $7 million robbery, Pileggi wanted to continue to write about the Mafia milieu, but at a higher level.

"I'd like to do a mob story or a story about what I know that's on a high level. Where do you go if you want to do this world, the ultimate that they can hope for is what? They're not going to be president of the United States. Las Vegas is the hope, it's the city they created. So I thought let me see what the story is in Las Vegas and see them on that high level."

Pileggi's research took him to Las Vegas where he queried prosecutors and casino workers for insights into stories of the mob-run Vegas era that wrapped up around 1983.

"I went to Vegas ... and realized that there was a story that ended in 1983 and it was the story of how the mob lost Las Vegas. That's what this is about. I talked to prosecutors. I talked to people. I read clips and some people said, 'You've got to look at the Tropicana-Stardust case. That's a great case. You might find a story in there, because that's the last time the mob was really in a position to own casinos. So I went to Kansas City and got the trial, began going through all the trial records."

The story led him to Lefty Rosenthal, a veteran gambler that Robert De Niro portrays as Ace Rothstein in Scorsese's film. Given the simultaneous work on the book and the script, most of the names of people and places change in the movie. The fictional Tangiers casino substitutes for the real gambling palaces, ruthless gangster Tony Spilotro becomes Nicky Santoro, played by Joe Pesci.

Among the more unusual places his research led him was to a Kansas cornfield, where the archives of the federal courts were kept and where Pileggi spent a lot of time sorting through all kinds of related records. Once he had substantial photocopies made, Pileggi could work out of his New York office at putting the players and events into chronological order. The process took three years and ended up being 800 single-spaced pages.

"I knew who the players were, but at the beginning none of the players would talk to me; they had no reason to talk to me. What happened is that I then began to talk to everyone who would talk to me and I got all of the documents. I went to Kansas. With that 800-page chronology, I was able to go back to some of these people and say, 'Listen, this is a book. I've got the book.' I showed it to their lawyers, I showed it to Lefty's lawyers. I said, 'I've got the book. There's a lot in here that I know is wrong, that Lefty did not do certain things. I am giving you an opportunity to correct errors. Why not have it right?"

Rosenthal and many others then decided to cooperate with the project. The script side came about when Scorsese decided to opt out of directing Clockers and was anxious to line up a new project. He suggested to Pileggi, who had been keeping him up to date on his work, that the screenplay should come first and that he could finish the book while the movie was being filmed.

"It was interesting to me because it meant that I would be forced to use more of the story of people than I might have if I was just doing a nonfiction book."

One thing that was always clear: the book and the movie would have the same opening, a sequence where De Niro's character gets blown up in a car — and survives. That happened to the real Lefty.

"That was the opening of the book, too. I have never sat down and interviewed a man who told me how his car got blown up. They don't survive."

Pileggi is uncertain what his next project will be, but don't be surprised if it revolves around the mob or corruption or city government. It's what he knows.

"You can only write about what you know. Then people say, 'You're always writing about the mob or corruption or cities.' I mean, what am I going to write about, Scandinavian ice fishing?"