From the Vault: John Avildsen 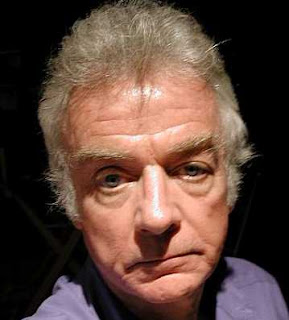 ORIGINALLY PUBLISHED FEB. 20, 1994
Success sometimes comes at a price in Hollywood. Academy Award-winning director John Avildsen knows that all too well. Avildsen received the 1976 directing Oscar for Rocky, a film that has forever trapped him on the list of directors of movies about sports.

"(Sports is) my curse. If Rocky hadn't been successful, I wouldn't be doing sports movies."

In the case of 8 Seconds starring Luke Perry, boxing has been subbed out for bullriding in a story about the late rodeo star Lane Frost. Avildsen, whose other sports movies have included all three Karate Kid movies and, to a lesser extent, the boxing-focused apartheid drama The Power of One, was not familiar with rodeo prior to beginning work on 8 Seconds.

"I'd never seen a rodeo before I started working on the story and I didn't really think it was about rodeo. I had never seen a boxing match before I did Rocky — and I didn't think Rocky was about boxing. What appealed to me about (8 Seconds) was the forgiveness aspect of it. I thought that was its strongest element, that and the relationship between (Frost and Tuff Hedeman, Lane's friend and rodeo colleague)."

Four separate scripts were written for 8 Seconds and the real Frost family had a preference for the fourth one, but as Avildsen began work on the film, executives kept mentioning scenes from an earlier script that they liked better. Finally, Avildsen looked into that screenplay, written by Monte Merrick, and that became the basis for the film.

In preparing for the film, Perry attended a bullriding school, something that upset Avildsen when he learned about it.

"What? Are we nuts? This is a story about a guy who got killed doing this and we've got our actor on a bull?"

Avildsen was adamant in his desire to keep Perry off the animals until he attended the school and saw how good Perry had become. The studio and insurance firms were still resistant, but Perry ended up doing about 20 percent of the riding footage in the film, Avildsen said.

While Avildsen had never seen a rodeo himself before making 8 Seconds, he had heard enough to experience some of the reservations that animal rights activists have made against the sport. Once he experienced a rodeo though, Avildsen was "knocked out. It was very exciting."

No animals were hurt during filming, Avildsen insists, but some humans were, including Perry who dislocated a shoulder when he got kicked coming off a bull.

"These bulls are ferocious. I learned then that if you don't have really terrific bulls, you've got a real snorer."

To prepare to film the rodeo sequences, Avildsen screened previous movies about rodeo and found them sadly lacking. He did, however, find much to like in a 1970s documentary by Keith Merrill titled The Great American Cowboy.

"If we're going to do this, we've got to do it properly and really make it look exciting."

To accomplish this, he brought cameras into the arena itself and handed them to some of the bullfighters. He also opted not to use slow motion.

"It makes you conscious of the lack of reality. By putting a wide angle lens and bringing it close to the action, you see stuff that I don't think you've seen before."

Avildsen objects to calf-roping events, which he calls "a terrible thing," and he didn't film any such scenes.

"The only thing I shot were these bulls being ridden ... and none of the bulls complained to me personally. From what I'm told, the bull has a pretty good life. He works for eight seconds a day and the rest of the time is left alone."

One problem with bulls though is getting them to do what the director wants.

"It's a lot easier to choreograph fight sequences or karate because you've got two people who will practice and practice until they finally get good and you can shoot it. With bulls, none of them would read the script. You are at the mercy of the bull contractor to supply you with really rank stock and then 'is the guy going to stay on the back?' You've got to shoot it from a lot of different angles. You've got to do it a lot of different times and then, if you're lucky, you get the footage and you can cut it together and make it look real."

Avildsen hopes that audiences don't stereotype 8 Seconds as exclusively a rodeo film. "Hopefully, it won't be thought of as much as a rodeo story but as a love story."

While Avildsen has many non-sports related projects he would like to work on, he understands the nature of the Hollywood beast.

"I almost made Serpico. If I had made that, I'd get all the cop movies. You get pigeonholed. In some ways, it's a curse. It could be worse. The phone couldn't ring at all, then what would I do?"