From the Vault: Gregory Hines 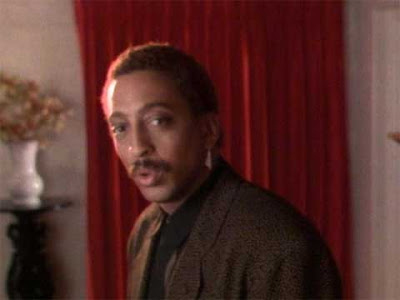 ORIGINALLY PUBLISHED DEC. 17, 1995
While what he can do with his leg muscles may still earn him more notice than his acting skills, Tony winner Gregory Hines doesn't tap dance around the more sensitive subjects broached by his new film, Waiting to Exhale. In Waiting to Exhale, Hines plays Marvin, the "nice guy" in a piece where almost every other male character leaves a lot to be desired. His face should be familiar to a wide range of audiences, from the horror aficionados who enjoyed his coroner in Wolfen to the fans of the underappreciated Cotton Club to those who enjoyed his buddy action flick Running Scared co-starring Billy Crystal. Marvin is a widower. In fact, it seems that he and the other "good" guy (Wesley Snipes) in the film are both ennobled by dead or dying wives. He moves across the street from Gloria (Loretta Devine), a single mom and one of four friends chronicled in the screen adaptation of Terry McMillan's best seller. Playing one of the only two completely decent black men in Waiting to Exhale, Hines hopes the film doesn't play to exclusively female crowds.

"I think it would be very easy for someone to write, 'Oh, it's an entertaining movie, but it's a chicks' film.' I challenge any of my African-American brothers not to get hung up on any kind of media terms like male-bashing and not write it off because they think some negative things are going to be said about them in the movie. I think it has tremendous benefit for African-American men. At a time like this when we have the Million Man March, which was conducted under the concept that African-American men want to improve, want to get better as men, as fathers, as husbands, lovers, friends and what better way for us to improve than in the way we relate to women."

In the case of his on-screen relationship with Gloria, who's somewhat overweight, Hines hopes that audiences take a message similar to advice his father gave him.

"I think that ... there is always so much hype about beauty and what is beauty. My father, the great Maurice Hines Sr., who is 74 years old now and the finest role model a man could ever have, told me when I was 12 years old, he said 'Son, be open. Don't get hung up on that peer thing where guys say, 'Don't go out with her, she's too big or she's too thin or she's too tall or she's too dark or she's too anything' because you will miss out. What you're doing is looking to find someone you can be with ... and you'll be looking for this type and you won't see the woman you're supposed to be with.'"

Hines said he also feels that the film offers something that all sexes and races can relate to.

"There's certainly a universality about (the movie). In Japan right now, there's a Japanese woman who is being disrespected by a man or a lover or her husband."

The discussion sparks a recollection of Hines' own childhood.

"I remember when I was a kid in the '50s and we were over at my grandmother's house one time. She was up in the living room watching TV and we were all downstairs and my grandmother, who at the time was about 70, starts yelling, 'Come on upstairs, everybody! Hurry!' We all go running upstairs, there must have been 12 of us in the house at that time, and it was a deodorant commercial and it had colored people in it. My grandmother's looking at the screen going, 'We sweat too! We sweat too!'"

One other angle the movie and book play on is the resentment some black women feel when they see a black man with a white woman, a situation that Hines has experienced with his wife.

"I have a different stake in it, because my wife is white. I have experienced being on the street walking with my wife and holding hands or with my arm around her and having African-American women walk toward me and I've seen how they feel, I've seen it on their faces."

After being married 15 years and having been together for 23 years, Hines doesn't feel the need to justify his choice of a mate.