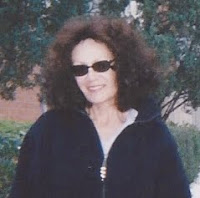 Monica Johnson, the screenwriter best known for her collaborations with Albert Brooks, has died Monday at 54 after a long battle with cancer. She co-wrote Real Life, Modern Romance, Lost in America, Mother and The Muse, all of which Brooks co-wrote and directed. She, Brooks and Andrew Bergman also co-wrote The Scout which starred Brooks and was directed by Michael Ritchie. Johnson also wrote episodes for the television series It's Garry Shandling's Show, The Mary Tyler Moore Show and Laverne & Shirley.

"Monica Johnson was an extraordinary person. Funny, smart, and so much fun to work with. The world has lost a great sense of humor," Brooks was quoted as saying.

Johnson is survived by her only daughter, Heidi, and her seventh husband, Charles Lohr. R.I.P. Ms. Johnson.

Comments:
Fine tribute. May she rest in peace.