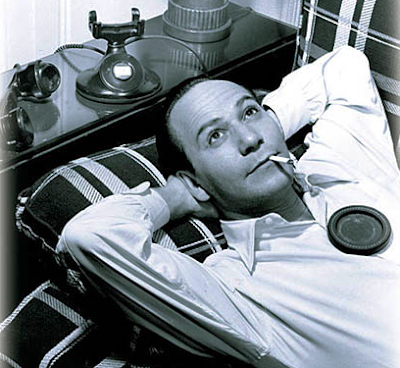 By Bill Russell
When I grow up, I want to be Frank Loesser. I love his songs and I love the shows many of them are from. They are just the kind I’d like to write — witty, accessible, fun, romantic, great for performers to sink their teeth into. I’m a lyricist. And a book-writer of musicals. Unlike Frank, I can’t imagine adding composer to those tasks. And for the sublime Most Happy Fella he wrote all three, as well as the Broadway musical Greenwillow (“Never Will I Marry” is from the latter).

Today is the 100th anniversary of his birth in NYC. Growing up in Spearfish in the Black Hills of South Dakota, there weren’t a lot of opportunities to see live musical theater, but Black Hills State, the college there, did a production of Guys and Dolls when I was in high school and I was transported. I’d heard some of the songs, probably on The Lawrence Welk Show which my parents forced me to watch — “Bushel and a Peck,” “If I Were a Bell.” But it wasn’t until I saw the production that I realized they were from a show. And “Adelaide’s Lament” absolutely killed me. It’s one of the great musical theater songs – hilarious and filled with character — and of course, catnip to performers. 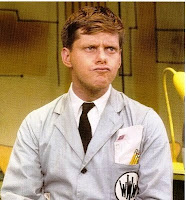 Though I was familiar with and loved “Brotherhood of Man” and “I Believe in You,” I didn’t realize those songs were from a show until I saw the movie of How To Succeed in Business Without Really Trying at Radio City Music Hall in 1967. Though this is mainly a film site, my perspective comes from musical theater. And the movies of Frank’s shows are not their most satisfying representations. Though it was kind of kicky seeing Brando, Sinatra and Jean Simmons in Guys and Dolls and fun to see Robert Morse re-create his Broadway triumph in How To Succeed.

I’m not sure when I realized that all of these songs I liked so much were penned by the same writer, but here’s an odd coincidence. In 1969, I took a semester off from college and worked in New York City. I went to an employment agency and I guess because I was a theater major, they sent me to Frank Music — Loesser’s publishing company. Unfortunately, he had died a few months before (in July from lung cancer). But they hired me for Music Theatre International, the licensing company he had started and which licensed his shows (and many others including The Fantasticks and Fiddler on the Roof). And one day at the office I met his second wife – Jo Sullivan, who starred in the original production of Most Happy Fella.

Apparently Mr. Loesser’s office Christmas parties were legendary. They were always at the Plaza Hotel (the ballroom, I think) and huge affairs — he invited many show biz friends, not just people who worked for the company. That year was the first Christmas party without Frank, so it was limited to those of us who worked in the office, but it was still at the Plaza (in a small private room) and oh so elegant — a tube of filet mignon sliced by a chef, beautiful flowers, copious drinks. I felt so lucky to have a little taste of that legacy.

I guess it wasn’t until the 1990s that my appreciation for Frank’s talents reached the full esteem in which I hold him today. That decade was rich in Broadway revivals of his work: Guys and Dolls (with Nathan Lane and Faith Prince) and The Most Happy Fella in 1992 and How To Succeed in Business Without Really Trying in 1996 starring Matthew Broderick and featuring the then-unknown Megan Mullally. How To Succeed will return to Broadway in Spring 2011 with Daniel Radcliffe in the role of J. Pierrepont Finch.

The original productions of Guys and Dolls and How to Succeed were more or less showered with awards. Loesser won Tonys for the music and lyrics of both shows and was nominated for all three of his writing credits (book, music, lyrics) for Most Happy Fella. However, How to Succeed earned Loesser one honor unusual for authors or composers of musicals: the Pulitzer Prize for Drama. How to Succeed was only the third musical ever to receive the honor and only four more have won it since, the most recent being Next to Normal just this year. 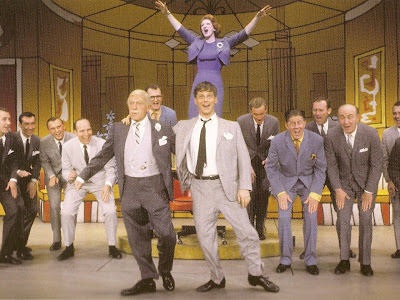 The 1992 revival of The Most Happy Fella was a revelation. I didn’t know the show at all and this wonderful production, directed by Gerald Gutierrez, revealed all its treasures. The superb cast was accompanied by two pianos. I’ve yet to see a production with a full orchestra. But the richness of his music definitely came through in this version. And such heart! That score includes fun numbers like “Standing On the Corner” and “Big D” but “My Heart Is So Full of You” and “Joey, Joey, Joey” are the loveliest of ballads.

The range of his writing revealed in those three shows is quite remarkable — the lovable low-lifes of Guys and Dolls, the biting corporate satire of How To Succeed and the heartfelt, heart-breaking romance of Most Happy Fella. If you didn’t know those scores were by the same writer, I doubt you would jump to make the connection. They’re so distinctly different in style. Yet knowing they came from the same pen makes a certain sense – they’re united by their craft, their accessibility, their wit and their heart. Or should I say by their “Heart and Soul” — another big Loesser hit written for the movie A Song is Born (he only penned the lyrics for that one). He had a very successful movie career – writing such standards as “On a Slow Boat to China,” “Spring Will Be a Little Late This Year” and “What Are You Doing New Year’s Eve?” and receiving five Oscar nominations.

Has there ever been a better duet than “Baby, It’s Cold Outside”?! Frank had written it in 1944 for a housewarming party with his first wife, Lynn. Apparently, they often performed it at parties. He later included it in the film Neptune’s Daughter (1949) and deservedly won the Oscar. 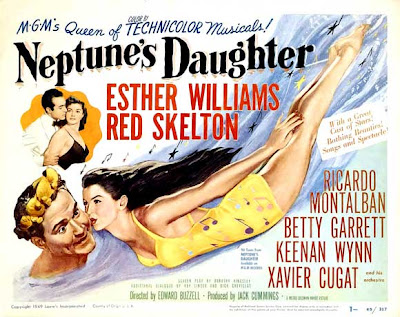 According to his daughter, Susan, Mr. Loesser didn’t care about what posterity might think of him, he wrote for his peers and the particular moment. But his work will undoubtedly endure because it brings audiences such joy. From what I’ve read and heard I gather Frank was a lot of fun to know. I only wish I had. But reveling in his music, his lyrics, his classic Broadway shows, I sort of feel like I do.

Bill Russell received 1998 Tony nominations for his book and lyrics for the Tony-nominated best musical Side Show about the famed conjoined twins Daisy and Violet Hilton. His latest musical, with composer Peter Melnick, is called The Last Smoker in America.

Comments:
Thanks again Bill for doing such a great tribute to one of our greatest composers that too few of the younger generation know by name today.

He is one of the best American songwriters...and I remember that he was nominated for five Academy Awards for best song...and he deserved it..thanks for reminding about him :)