Be it because no one loved her performance enough to pick it as one of the best or hated it enough to name it one of the worst (or perhaps even saw the performance), this winning best actress performance was the only one that failed to get a single vote for or against her. 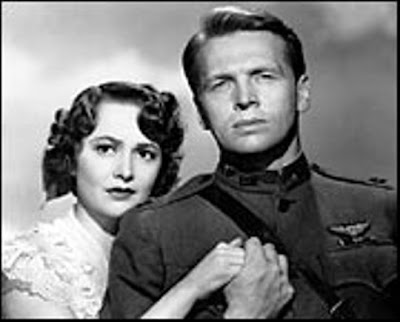 Comments:
I've seen this old melo (anyone else out there?) and de Havilland is good. I recently wrote a piece where I said Mitchell Leisen is underrated, but this is a standard down-the-years soaper about unwed motherdom, its risks and rewards. It has a surprisingly high rating on IMDB. De Havilland is touching but nowhere near the dramatic level she later achieved in The Heiress, and neither is she as lovely and charming as she was in her teamings with Errol Flynn. I would have given the statue to Celia Johnson for Brief Encounter (of the nominees; I dear love the unnominated Myrna Loy, and her performance in The Best Years of Our Lives was one of her best).

So interesting that she got no votes either way!

whats more surprising to me than her not getting best or worst votes is that she's the only one.