Back to the Bing: Season 6 revisited 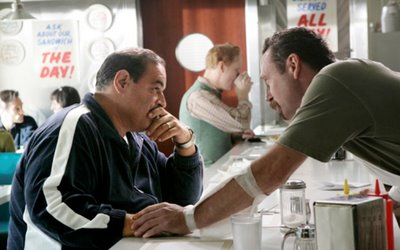 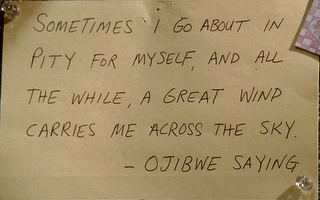 By Edward Copeland
Whenever a season of The Sopranos makes its way to DVD, I've always compulsively purchased it and rewatched it. This has been the case again with Season 6 (HBO can call it Season 6 Part 1, but a series of episodes a year apart, filmed at different times in different television seasons are separate seasons in my book). One thing I've seemed to always find, especially in the later seasons, is that they play much better upon second viewing than they did when they originally aired, which I attribute a great deal to the long hiatuses forced on the viewers in seasons 4 and later. Sure, each season still had its stinkers, but they played much better when watched again. 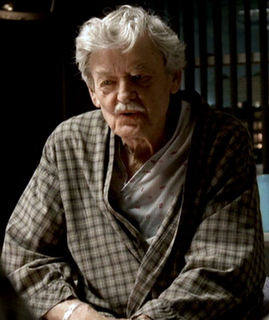 Re-visiting Season 6, the same reaction washed over me, to some extent, except that whereas Seasons 4 and 5 seemed to grow stronger as they went on, I found the opposite reaction to Season 6. The first half was much better than I remembered — "The Fleshy Party of the Thigh" with great guest star Hal Holbrook is still the season's standout in my mind — but the latter half of the season seems to be lacking and I think a great deal of that blame falls squarely on the "Luxury Lounge" episode, which still plays like such a time waster that it breaks the series' spell. Season 6 may also have suffered from being re-watched so closely to The Wire's Season 4 and Deadwood's Season 3, both of which outshined HBO's first great drama series this time. It's a shame too, because the season has such a fascinating throughline — Tony's reassessment of everything following his shooting by demented Junior — that it's a shame the followthrough sort of went off course as the season went along. 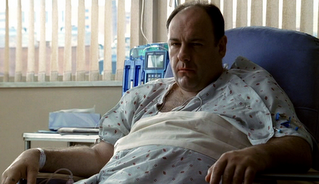 Not only was Tony's shooting in the premiere one of the series' most surprising moments, its dream sequences for once weren't infuriating as in the case of past episodes such as "The Test Dream." Tony's time in purgatory (or wherever he was) actually served a purpose for a change and really gave hope that the series was going to spin into a truly unexpected direction as it wound down. Tony's newfound belief that "every day is a gift" even though he later whines to Melfi "but does it have to be a pair of socks?" really shuffled the playing field, especially with the somewhat more pragmatic Johnny Sack languishing in prison while his hothead underling Phil Leotardo takes charge and wreaks havoc. The hospital scenes were some of the best ever for the series in terms of acting (as stellar as usual) and comedy (watching poor catatonic Tony, barely out of his coma being hit up by Christopher about his movie idea).

The incapacitated Tony gave Edie Falco even more great scenes as Carmela and her lack of an Emmy nomination was absolutely outrageous, not only as she displayed her concern for her husband but as she 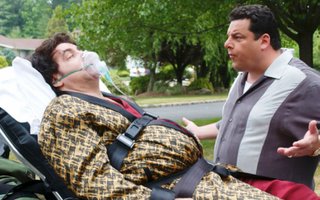 opened up to Melfi about her fears about making her children criminal accomplices and her suspicions about Vito and Paulie's motives. On top of that, her exasperation with the shiftless A.J. (which also allowed the show to make some great jokes at Blockbuster's expense) and her growing suspicions about what really happened to Adriana later in the season were certainly award-worthy. This season also gave Steven van Zandt the chance to flex his acting muscles a bit more as Silvio, unexpectedly put in charge of the family and unable to deal with the pressure. The season also gave Steve Schirripa some great moments as Bobby, showing more sides to him than just the usual comic relief he's been relegated to in the past. I wish the same could be said for the great Aida Turturro as Janice. They've never seemed to really know what to do with her past Season 3. She's still funny, but she really deserves a story to do her talents justice.

Upon re-visiting the season, the one thing that surprised me was how truly touching Vito's plight played. What started as a one-shot comic joke in Season 5 turned into something truly moving, not only for Vito but for Tony who really didn't think Vito being gay was that big a deal but couldn't express that to his neanderthal associates for fear they'd view him as weak. In fact, the entire season had a melancholy tone that was somewhat refreshing, from Paulie's reaction to the news of his true mother to Patsy lamenting the corporate takeover of old stomping grounds and Johnny Sack's sentimentality for his family and eventual caving in to the prosecution, just to make his problems go away. Though, the complete incompetence of the FBI and their luck with their snitches, is getting really old. 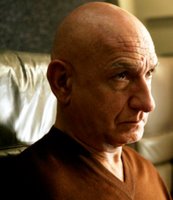 What really made Season 6 weak overall I'm afraid to say is Christopher. I love Michael Imperioli and while it was funny in Season 1 when he aspired to be a screenwriter, ever since when the story tried to go that route, it's proved a flop and "Luxury Lounge" may have been the most glaring example — and episode hurt even further with the other storyline focusing on Artie Bucco vs. Bennie. The entire hour seemed like filler, which given that there were only 20 episodes left seemed particularly insulting to the audience. Sure, it was funny to see Ben Kingsley play himself and hey, Lauren Bacall can take a punch, but the entire episode was pointless and a distraction and served to — at least temporarily — sever the nice tone the season was building. The later parts of the season with Imperioli and Julianna Margulies playing a mob variation of Days of Wine and Roses seemed particularly uninspired. With just eight episodes remaining, I hope they can turn it around and give Sopranos fans an ending we deserve. At least this time, the new batch of episodes will actually air within the same decade.

As for the DVD itself, the commentaries prove to be among the weakest batch they've ever put on DVD. When Edie Falco, Jamie-Lynn Sigler and Robert Iler provide a commentary track, they spend more time in silence watching than offering anything to say. David Chase proves particularly dull on his commentary for the season finale. Of the four commentary tracks, the one on "The Ride" with Tony Sirico and Imperioli ends up being the most entertaining, but then again I've never bought Sopranos DVDs for the extras.

Comments:
I've never bought any seasons and I've never listened to the commentaries: are there a few really good ones you can recommend?

Season 6 only got sloppier as it went along. It seemed like the last two episodes held enough plot to necessitate at least a couple more episodes, and in earlier seasons those storylines would have taken a few more episodes to flesh out. All of a sudden AJ is a real man cuz he got his windshield crushed?

My favorite seasons would be, in order, 3, 1, 5 and 4. 2 is worth it too, but as a completist, I need them all. It's been awhile since I've listened to old commentaries, but it seems that Imperioli has done some good ones as has Steve Buscemi on Pine Barrens in Season 3.