BLOGGER'S NOTE: As always, know that spoilers lie below, so don't venture further unless you've seen the episode or don't care if you know what happens. 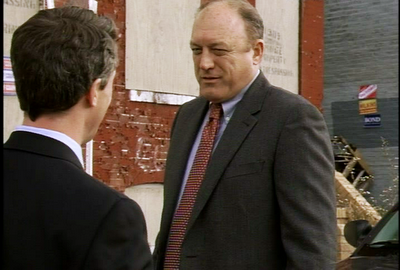 By Edward Copeland
Few episodes titles on The Wire have proved as apt as this week's simple one, "Alliances." The double-dealing, marriages of convenience and playing of all sides against each other to win could make the viewer dizzy trying to keep up — and you're never quite sure who is on the up-and-up about where they stand. 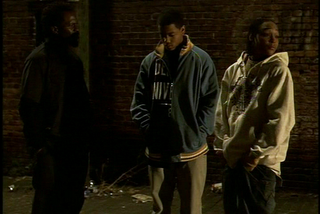 Before we dive into the alliances, it's worth noting that this week's episode begins like a ghost story told around a campfire as Namond, Randy, Michael and Dukie are gathered on the dark, depressing streets where Namond tries to convince his friends that Marlo's chief henchman Chris is a "zombie master" who transforms the many missing Marlo victims into zombies to do his bidding, suggesting that the late Lex, who Randy unwittingly set up for his demise, could be the latest example of the living dead stalking around Baltimore — a concept that frightens Randy who fears he's next on the list, especially when Chris and Snoop show up later in the show — not to make zombies, but to try to recruit Michael as a soldier.

Two characters who aren't making an alliance are Namond and Prez, who butt heads in his class. In fact, Prez ends up in conflict with nearly the entire class — putting nearly all of them on his detention list. Randy, ever the entrepreneur, accepts $5 to serve as lookout as some male students take a female student in the bathroom for some undefined sexual shenanigans. As Randy stands watch, Bunny Colvin passes and Randy makes sure to tell him that he has a hall pass to which Bunny replies, "Good for you" and keeps on walking. Colvin is at the middle school to iron out details for his special class identifying "corner kids" from "stoop kids." The faculty welcomes the idea of getting rid of some of their troublemakers, but worry that they could be accused of stigmatizing the students by assigning them to Bunny's class. Bunny asks them which stigmatizes them more — getting tossed from class every other day or being placed in his special one. Prez does make one alliance of convenience at the school when he locks his keys in his car and junior car thief Donut (Nathan Corbett) is nearby to lend the cop turned teacher a hand. 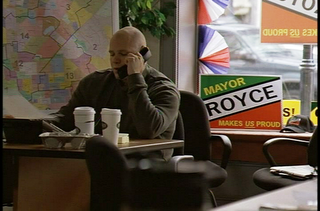 As the mayoral primary draws closer, every is taking sides. Herc, newly minted sergeant and member of the Major Crimes Unit, takes time out of his schedule to work the phones for Mayor Royce. Major Valchek tips Carcetti off to Kima being put in charge of the investigation of the murder of a state's witness, ostensibly to slow the probe down before primary day. The Carcetti campaign team debates how to use the information with Carcetti's staff commenting what a piece of work Valchek is to which Tommy sighs that he "comes with the territory." Afraid that it will look as if Carcetti is piling on after the debate, Norman (Reg. E. Cathey) suggests giving the tip to Councilman Tony Gray (Christopher Mann) so Carcetti isn't the bearer of the news and Gray can steal more African-American votes from Royce's base. "I'm a devious motherfucker when I get going," Norman says. When the news breaks, despite the fact that Royce basically encouraged such a move, the mayor berates Burrell and then, once he sends him out of the office, confides to Rawls that if he wins re-election, Burrell's days as commissioner are over. Royce's actions finally prove too much for Odell Watkins who bolts from Royce's camp — news that Rawls hears and delivers to Carcetti on the QT.

Not everything is revolving around the campaign however as Lt. Marimow leads a pointless drug raid that gets nowhere and then seeks advice from Herc on how to go after Marlo. Eventually, the MCU settles on hiding a camera near the park where Marlo likes to hold court in hopes of getting information — only Marlo's people uncover the camera moments after it's put in place. Marlo, meanwhile, still steams over Omar's heist of his poker game but Chris talks him down, suggesting that they shouldn't follow the fruitless path of the Barksdale crew in trying to kill Omar but should pursue a different strategy, one that sets him up for robbery and murder. Lester and Bunk continue their hunt for Lex and other possible Marlo victims. Too bad they didn't think to ask Dukie, who not only sets Randy straight about the myth of zombies but shows him that he knows where the bodies are hidden, leading him to a few of Marlo's victims.