The Greek gods created a woman 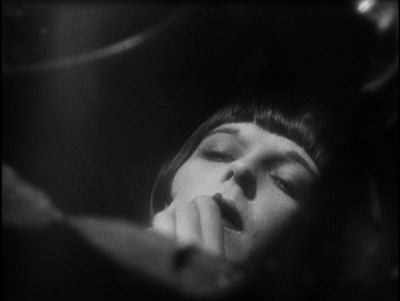 By Edward Copeland
I reluctantly admit that my knowledge of some silent films contains some major gaps. For instance, I'd never seen a single work by German expressionist master G.W. Pabst (in silent or sound for that matter), so I was excited to finally get to see 1929's Pandora's Box in its excellent Criterion Collection edition, which also offered my first glimpse at fabled silent star Louise Brooks, who lived until 1985 but never made a film after 1938. 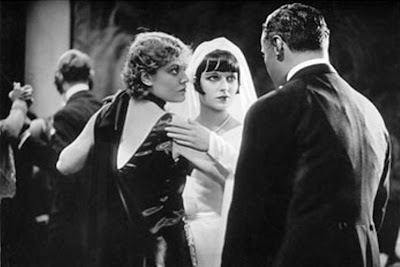 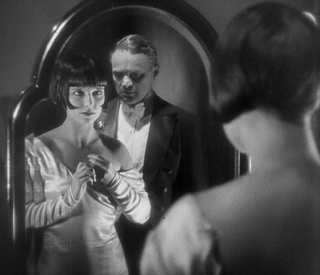 The most fascinating thing about Criterion's treatment of Pandora's Box is that it offers you not one, not two but FOUR different scores that you can play while you watch the film. There's an orchestral score by Gillian Anderson (not that Gillian Anderson), that attempts to evoke the German movie palaces of time; a score by Dimitar Pentchev composed in the cabaret style of the Weimar-era; a modern orchestral score by Peer Raben, a frequent collaborator of Rainer Werner Fassbinder; and a piano improvisation by Stéphan Oliva. Admittedly, I didn't take the time to watch the film four times with each score (I only watched it completely with the Anderson score), but I did decide to watch one pivotal sequence (the film is divided into eight acts) with each piece of music. It's quite interesting to see how the same images play with different underscoring. With the exception of the piano improvisation, I found each score worked exceedingly well and if I watched the film again in its entirety, I think I'd probably opt for Raben's work this time. (The Criterion set also offers a bonus disc, which I didn't sample, as well as a commentary track by film historians.) 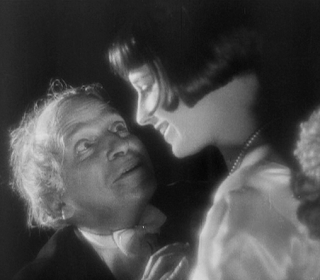 As for the film itself, it is hauntingly beautiful as is much of the work that has survived from that era of German cinema. Pabst condensed the tale of good-time girl Lulu from wide-ranging promiscuity to more focused dalliances with sex and crime on the way to her inevitable comeuppance and Brooks' glow makes the entire enterprise shine. The film was controversial in its time for many reasons, the least of which is its fairly straight-forward lesbian implications. The tale's trajectory isn't likely to surprise, but Pabst's use of the camera keeps you spellbound. My own personal favorite touch is when someone is shot but you only know it for sure because of the little puffs of smoke you see rising over a shoulder. Aside from Brooks, Pandora's Box is populated with many great faces such as Fritz Kortner as the doctor who becomes embroiled with Lulu, Franz Lederer as his weak son and, most especially, Carl Goetz as Lulu's father. His face seemed to have been specifically made for silent cinema. One other interesting note about the DVD: This is the first silent film I've watched that also is subtitled. The title cards are in the original German with English subtitles below.

Comments:
When I saw the film in college, I was startled by its frankness - pre-code filmmakers, particularly the Europeans, too a lot of risks, and none more so than Pabst. The story of the making of Pandora's Box is almost as fascinating as the film itself - I had the opportunity to read an unproduced screenplay by Sarah Kernochan (wife of James Lapine and the writer of Impromptu, among other things) that dealt with the goings on behind the scenes during the shoot, and it made for a wonderful read - hopefully, it will get made someday. You should also check out Pabst's Diary of a Lost Girl, also featuring Brooks, if you get the chance.

I have to second the recommendation of DIARY OF A LOST GIRL. Another amazing film.

I hadn't seen a Brooks film until seeing PANDORA when the DVD was released, and I quickly became a fan. I tried to see as many of her films that I could which was quite difficult. While she only made a few, several no longer exist. The only copies have been lost or destroyed. And the others have either never been released on DVD, or haven't even been released on VHS. Quite a few bootlegs are on Ebay.

And the documentary on the DVD is quite good as well.

I count my viewing of Pandora's Box among my favorite cinema experiences. The movie came out the same year that the Michigan Theater opened in Ann Arbor. For the 75th anniversary of both, the film was featured in a "Sex in the Silents" series at the Michigan, which has been restored to its original movie-palace glory. Gillian Anderson conducted her score before the Ann Arbor Symphony Orchestra. I'd heard live organ accompaniments, but an entire orchestra in the pit provided a particular thrill. The playing was gorgeous, the movie was gorgeous, but above all, Louise Brooks was gorgeous. Her beauty seems as strikingly modern as ever.

I'm wondering whether the DVD could help recapture that wonderful evening...