From the Vault: Thirty-Two Short Films About Glenn Gould

It's rare to find a new movie that makes such unique use of the film medium that its originality of design and purpose astounds, but that is precisely the case with Thirty-Two Short Films About Glenn Gould.

This biography of the late, controversial Canadian pianist plays as unconventionally as the pianist himself, or at 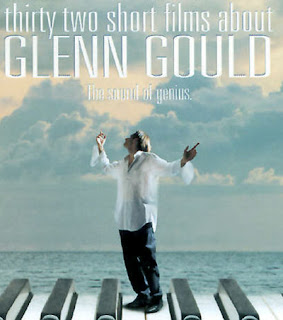 least as unconventionally as director Francois Girard makes Gould out to be since I had little knowledge of the musician before seeing this film. That hardly mattered though because using a startlingly original structure, the movie paints such a vivid portrait of Gould that I felt like I'd always known who he was.

Girard, who co-wrote the screenplay with Don McKellar, uses a style that is part documentary and part re-creation but eschews a standard chronological narrative for small vignettes that depict various aspects of Gould. Taking its structure from Bach's "The Goldberg Variations," these shorts combine into 32 mini-movies that together only run a little more than 90 minutes.

Perhaps the strongest thing the film has in its favor is Colm Feore, who plays Gould at various ages and makes Gould the individual come off sounding as great as his musical performances.

The ideas contained in the movie fascinate to such an extent that no short review can do them justice such as Gould's obsession with the notion that artists need anonymity and isolation, not adoring fans, a notion that led Gould to abandon public performances in the 1960s.

Listening to Gould talk about piano music in general, downplaying his own importance, truly provokes thought since Gould views everything as music — from the radio documentaries he develops to overheard conversations in a diner.

For film lovers, Thirty-Two Short Films About Glenn Gould may well be one of the most inspired uses of film in recent memory and it shouldn't be missed.