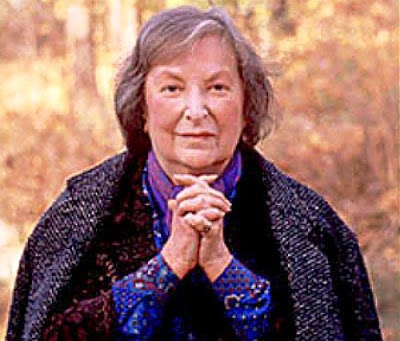 Even though it's been 10 years since Pauline Kael wrote a review for The New Yorker, her death Monday at 82 still leaves a gaping hole for lovers of movies, writing and criticism. She might not have shared her thoughts regularly anymore, but knowing that someone with her insight, talent and tough-love of the film medium existed was oddly comforting. Kael, arguably the best and most influential film critic of all time, became so revered in her retirement that film buffs everywhere would leap on any rare interview with her, hoping they'd get a witty, dead-on take at some of the movies released after she put down her pen. I always longed for her opinion of Fargo.


"Movies are made, criticism is written by the use of intelligence, talent, taste, emotion, education, imagination and discrimination. There is a standard answer to this old idiocy of 'if-you-know-so much-about-the-art-of-the-film, why-don't-you-make-movies?' You don't have to lay an egg to know if it tastes good."

In a 1998 interview with Modern Maturity magazine, Kael said she was aware of her influence on other film writers.


"I think my influence was largely in style, not substance. Other critics sound like me because my writing has influenced them. They've rarely agreed with me about movies."

In the same interview, she also dodged whether her influence extended to filmmakers as well as critics.

Part of the power of Kael's work was that she could be admired and appreciated, even when you disagreed with her. A reader had a great time reading her, even if he or she felt her underlying opinion was completely misguided.

She earned that power because it was always clear that she loved movies and the opinion she offered belonged to no one else. Her singular voice was unmistakable.

What made Kael even greater was that she wasn't someone who gave a rubber stamp of approval to every art house offering or hated every mainstream crowd-pleaser.

Her 1969 essay "Trash, Art and the Movies" for Harper's magazine ranked No. 42 on a New York University survey of the best journalism of the century. In it, she summed up this philosophy when she wrote, "Movies are so rarely great art, that if we cannot appreciate great trash, we have very little reason to be interested in them."

She knew how to keep us interested. A few of my favorite examples:


On Dances With Wolves: "(Kevin) Costner has feathers in his hair and feathers in his head. ... There's nothing affected about Costner's acting or directing. You hear his laid-back, surfer accent; you see his deliberately goofy faints and falls, and all the close-ups of his handsomeness. This epic was made by a bland megalomaniac. (The Indians should have named him Plays with Camera.)"

On Top Gun: "What is this commercial selling? It's just selling, because that's what the producers, Don Simpson and Jerry Bruckheimer, and the director, Tony (Make It Glow) Scott, know how to do. Selling is what they think moviemaking is about.... Top Gun is a recruiting poster that isn't concerned with recruiting but with being a poster."

On The Godfather Part II: "This film wouldn't have been made if the first hadn't been a hit.... When you see this new picture, you wonder how (Francis Ford) Coppola won the fights. Maybe the answer is that they knew they couldn't make it without him. After you see it, you feel they can't make any picture without him."

On Nashville: "At Robert Altman's new, almost-three-hour film, Nashville, you don't get drunk on images, you're not overpowered — you get elated. ... It's a pure emotional high, and you don't come down when the picture is over; you take it with you."

Given her amazing career output, one could go on quoting her forever, but better to read her and discover (or rediscover) her best moments for yourself. Kael's passion makes every review she wrote seem current, even if the film is decades old.

Kael once said about her work, "I was a film critic the way somebody might write poetry, for fun or love." It showed.

Reviewing Kael's work in The New York Review of Books in 1995, Louis Menand may best have summed up Kael's appeal.


"Kael was the most brilliantly ad hoc critic of her time, and she made it possible to care about movies without feeling pompous or giddy by showing that what comes first in everyone's experience of a movie isn't the form or the idea, but the sensation, and that this is just as true for moviegoers who have been taught to intellectualize their responses to art as it is for everyone else."