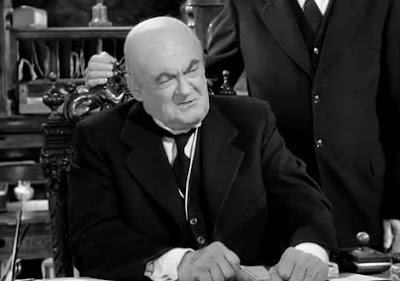 By Edward Copeland
By now, everyone I'm certain has heard about Netflix's plan to separate its unlimited streaming and its DVD-by=mail rental plans into separate subscriptions meaning that if you are a subscriber who would like to keep them both, your price is going to rise since henceforth you'll be paying for two subscriptions added together to make one larger price. Of course, what it's really about is that Netflix hopes to get all its customers to go the streaming route so it can eventually dump the DVD-by-mail side of their business — the side that made it the success story it is today — so they can lose the expense of postage. A CNET story Wednesday said that as many as 41 percent of Netflix subscribers are expected to cancel over the move.

Most of the complaints I have been reading and hearing concern the price hike, obviously coming from customers such as myself who would want both options of actual DVDs and the occasional use of streaming if I have time and am willing to try to watch something on my laptop, even though that has had mixed results in terms of quality. However, there are several other issues that Netflix should consider before committing corporate suicide, starting with the fact that they will be discriminating against disabled people and others on fixed incomes such as myself. Surely, Netflix doesn't want some kindly attorneys somewhere to work up a case pro bono showing how it could violate the Americans With Disabilities Act, do they?

On the off chance that some readers haven't seen the email sent to subscribers, I thought I'd reprint that first. It reads as follows:

If you've read me for long, you know that I have primary progressive multiple sclerosis and because of a greedy and inattentive doctor, a bedsore no one noticed soon enough and an understaffed, incompetent hospital, I ended up bedridden more than three years ago. As a result, I'm on Social Security Disability (for which I've never received a cost-of-living increase, though the assholes making six-figure salaries in Congress made sure to give themselves one each year) and what little savings I had (including my 401k) are quickly dwindling away. My sole expenses are health and medical related, Netflix and lottery tickets if the jackpot tops $50 million.

As you probably can guess, my life is my laptop, which is breathing its last breaths I fear and I can't afford to buy a new one, though I've heard talk that some friends I haven't seen or talked to in a long time have pooled their resources and are getting me a new one soon. That makes me very happy, but I'm digressing. The thing is that when I do use the streaming option, I can only do it on my laptop, which is fine in a pinch, but I generally don't like to watch movies on that small a screen. I also don't have the money to buy the equipment that would allow the streaming to go into my TV and, since I can't get out of bed without the help of other people and a Hoyer lift, I couldn't connect such equipment if I could afford it. My aging parents are my caregivers and more than 30 years since our first one, the VCR still stymies them.

Several times when I have used the streaming, the movie or program I'm watching has stopped and had to rebuffer as if I'm on an old dialup connection instead of my cable company's WiFi. It did it once when a movie only had 10 minutes left to go and it took 30 minutes on the phone with Netflix and a fix that involved starting some other program to get the movie going again. Stress aggravates the symptoms of M.S., so you want me to sign up for a streaming option full of kinks that doesn't work all the time that I'd be forced to watch on a small screen with inferior sound?

It was bad enough when you started getting DVDs of new releases about a month after they came out and stripped of all their special features. I assume you're hoping the bulk of your customer base hasn't read all the stories about how more and more studios and TV networks are talking about refusing to let you have their product at all. Is Showtime sticking by its guns? Is it safe to assume you will never be offering Dexter Season 5? (It also prompted the creation of HBO GO.)

That leads us to another problem with your proposal. Your DVD library has items that your streaming library doesn't and vice-versa. So if you pick one of the options (or can't afford both) you are losing a lot of titles. Also, the streaming library titles usually come with expiration dates that you don't announce until a few days before they disappear. If you don't happen to have the time to watch that title then, you are just out of luck.

In the end, this is the same story we see repeated over and over again in all sorts of industries, especially ones related to technology or entertainment. Format changes ("Beta? No good now. Need VHS." "Video? It's all DVD now." But they don't record? "Now they do." after a pause "To heck with DVD recorders, it's all DVRs now. You don't really need those DVDs now either, get Blu-ray." What should I do with all these laserdiscs?) and upgrades happen constantly (Consider Facebook's motto: "If it's not broke, break it") and if you are unfortunate enough not to be able to buy each new one, your equipment becomes obsolete. What all of you wizards fail to realize is that this country still hasn't recovered from the deep economic hole that Wall Street and the last administration dug and that the average American still hasn't emerged from the mounds of dirt that we were covered by in the process, so you're really pricing yourself out of existence. If it comes down to a choice between the DVD only plan, the streaming only plan or having enough money to fill your gas tank to get to your job (if you are lucky enough to have one) so you can pay your bills, Netflix will be the one who loses in the end. I see your corporation is being managed as well as our government. Remember, there are other choices.